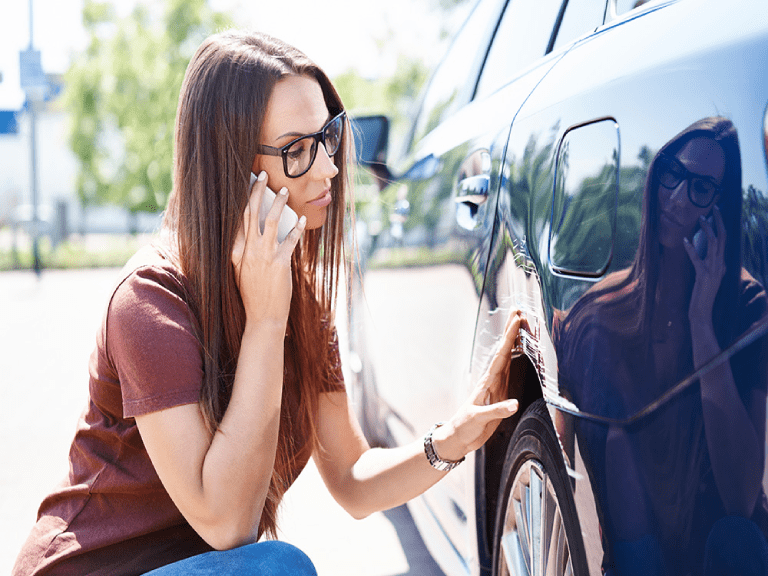 Living in major cities like Dallas can make protecting your vehicle from other drivers or general parking lots a real challenge. Eventually we are all faced with someone accidentally bumping our door, scratching a fender, etc. No matter how carefully you drive or how well you take care of your vehicle, sooner or later you will probably end up with a car dent or two. Somebody opens their car door into yours. A careless driver bumps into you from behind during a traffic jam and leaves you with a dent. Perhaps you accidentally throw a baseball into your car while playing catch with your kids. There are many ways that cars can accumulate scratches and dents.

If it’s a large dent, most people will get it fixed right away. But, when it’s only a small dent, it can be easy to put off delaying repairs. You tell yourself it doesn’t look good but it’s only a minor blemish. Or, the car is getting older, so a minor ding here and there doesn’t really matter. Or, you tell yourself you’ll get it fixed sooner or later, just not today. So, you put it on the back burner of your to-do list and somehow it never seems to get done.

Next thing you know, six months or a year have gone by and that car dent is still there. Only now it’s looking bigger and uglier than when you first got it. So, you begin thinking, “I really need to get that fixed,” but somehow a good reason for continued delay always seems to get in the way. Meanwhile, who knows what’s happening to your car underneath the dent?

For many car owners, there’s one final reason to fix car bumper dents right away – pride of ownership. If you care about your car’s appearance and take good care of it with regular washing and waxing, it doesn’t make sense to leave a dent unrepaired.

If your vehicle has received body, frame or paint damage, call Texas Body Works at (972) 250-6722 and see how we can help! Contact us now to for a FREE ESTIMATE!